The Hidden Truth About Omarosa

We all know fired whitehouse aid Omarosa Manigault-Newman has decided to take revenge out on the man who gave her a job when no else would with this tell-all book blasting the President and his staff.

Now it’s time to put Omarosa on blast. The truth is that Omarosa has a precarious relationship with the truth and is prone to exaggeration and fights.

Several times she has said she did logistics for Vice President Al Gore but she did no such thing. According to People Magazine her job was to ‘respond to invitations” sent to the VP. . According to Al Gore’s office administrator Mary Overbey Omarosa “was the worst hire we ever made”.  Keep in mind this was an entry level position where she answered invitations sent to Gore. Overbey  It goes without saying she didn’t last long. Overbey continues but saying that Omarosa had 13 months of of unanswered correspondence under her desk.

It didn’t stop there after she was forced out of Al Gore’s office Omarosa was transferred to a job as deputy associate director of presidential personnel. After that, eight months later, she was again moved. This time to the Commerce Department.  Omarosa she said did great at her job but her superior disagrees.  Cheryl Shavers, then the agency’s under secretary for technology administration, disagreed, saying Omarosa “was unqualified and disruptive,” so “I had her removed.”

Omarosa has claimed that she was a professor at Howard University, however, according to the university she was merely a “Presenter”.

On The Oprah Winfrey Show, Omarosa accused fellow Apprentice cast-mate Ereka Vetrini of calling her the “n-word”. Shortly after that appearance, Omarosa failed to show up for a scheduled appearance on the Jimmy Kimmel Live! show after she reportedly objected upon seeing a polygraph machine. 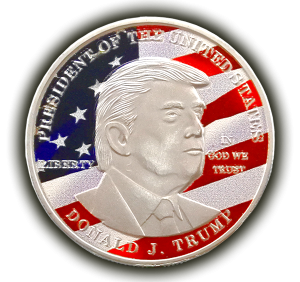 All this time I always thought her attitude was for the cameras but apparently this is who she really is. According to Cheryl Shavers by the time she left the Commerce Department "One woman wanted to slug her,"

Another official at the Commerce Department simply said "she couldn’t get along with people.”

During the apprentice she was almost universally despised by her fellow cast-mates. She accused one of her teammates as 'racist' for using the phrase 'That's like the pot calling the kettle black".

You can watch her disruptive behavior here.

While promising to be the voice of African Americans Omarosa in fact did everything she could to make sure she was the only Black woman in the white house. She constantly talks about how the Trump administration didn't hire Blacks when she's part of the reason for that!

Ayshia Connors, the former deputy director of African American engagement at the Republican National Committee, alleges there were thousands of resumes submitted by Black Republicans but “Omarosa literally trashed those names. Nobody got a call back. Nobody got an interview. Nobody was every heard about again. People tried to go in. People were eager and willing to serve the President, willing to serve our country. But Omarosa, she didn’t want other Black Republicans there. She wanted to be the big shot. She wanted to be the only one.

It is well known amongst Black conservatives that Omarosa was not our friend and is a self serving hypocrite that will say or do anything so long as she feels it will help her.

Piers Morgan claims that Omarosa propositioned him for sex to help her win the Celebrity Apprentice.  "Omarosa sidled up to me at the New York Mercantile Exchange and said, quite seriously: 'Piers, do you want a showmance?' 'A what?' I replied. 'A showmance. You know, a romance on the show—we get it on together. Happens all the time on Apprentice. Everyone has sex together. Then we can make lots of money out of it,'". E!

Morgan claims he turned her down and that she didn't take it very well openly questioning his sexuality ever since. It's interesting to note if a guy had done that to a woman his career prospects would've been over.

Given her checkered work history and long path of lies is it any surprise she secretly recorded people and knew she probably wouldn't last long at the white house? The president gave her a job earning $150,000 of tax payer money for doing nothing except keep her attitude in check AND SHE COULDN'T EVEN DO THAT!  From lying, to pissing people off, to offering her body Omarosa is far from classy and totally unbelievable. 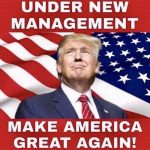